YAY! This weekend I finished off a piece of hand embroidery that had been hanging around. It had been begging to be finished, since April 2019. It took me 30 minutes., and was a piece of embroidery using found objects. Why do we leave these poor UnFinished Objects (UFO’s) crying for attention whilst we flit off onto something else? I know I’m not the only one who does this – we have had some hilarious UFO stories on the Stitchery Stories podcast.

This piece started life at a workshop I organised for my Embroiderers’ Guild branch, based in Hull. We don’t have many workshops with visiting tutors so it’s a special treat for us. I invited Alex Hall to lead a workshop for us. She is an active member of Scunthorpe EG branch, and I greatly admire her innovative use of found objects throughout her work. You can discover more about Alex and her work in her podcast episode. And you might want to follow her excellent blog Under A Topaz Sky. She has been finishing off stuff too! And trying new things. Always.

Don’t We All Love A Good Rummage!

Anyway, Alex brought a veritable mountain of scraps and random found objects for us to rummage through. She also brought loads of her finished pieces and samples to give us some ideas of how to turn random junk into embroidered textile art 🙂

Broken watch parts and old fuses and transistors caught my eye. Some fabric scraps in the colours I like were discovered which went with a fab variegated thread that I had just bought and was itching to use! And I couldn’t resist a corner of a linen tray-cloth. The edging was simple and well-loved. I had brought a piece of scrap upholstery fabric to use as the base fabric ‘cos it was strong and would hold ‘found objects’ well. I had never tried to create an embroidery using found objects so I was excited to have a try!

At workshops I seem to spend more time chatting and organising than actually sewing I have to admit. But that day, feeling inspired, I quickly laid down the fabric. My found objects were arranged, then tacked onto the linen.

A discovery was that I really enjoyed just putting in stitches where I felt they should go, with no emphasis on following a design or pattern. I just wandered with my needle and thread. Only using the variegated thread provides an element of consistency to the ‘design’. DMC stranded cotton, ‘Coloris’ in shade 4502. I LOVE it.

What Has Brexit Got To Do With It?

One evening whilst the Brexit debates were raging in the House of Commons, I was listening to the drama from that day. And as I stitched my wandering lines, looked at the broken watch parts, and attached blown fuses, the piece took on a whole new meaning for me. I appeared to be stitching a metaphor for the drama, upset, anger and confusion that was encapsulated by Brexit. A frequent phrase was that they were ‘running down the clock’ so that a disastrous no-deal Brexit would happen ‘by default’. So I decided to add that phrase along the bottom edge. And that was the last bit that needed doing to finish off the piece.

Tick Tock, Running Down The Clock…

That was the background and even though the nation has been absorbed, distracted, concerned about the Corona Virus pandemic, the Brexit ‘free trade’ negotiations have been stumbling along. And once again the clock is well and truly ticking as we hurtle towards another cliff-edge point in June. Will the Brexit transition period be extended?

It Was Time To Add Those Words And Finish The Piece!

I have been finishing off a few items of embroidery before I start anything new. So the renewed concern about running down the clock again reminded me that I still hadn’t added the phrase to my found objects piece. And last Saturday after some gardening and a walk, I decided I had earned a rest and some embroidery time.

This has developed into a lovely found objects embroidery. The last step is to stitch it to a stretched canvas!

And a massive ‘Thank You’ to Alex for inspiring us all that day! You can also find her on Instagram as @underatopazsky 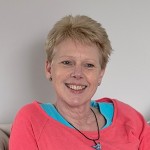 This embroidery and textile art blog and podcast are created and produced by Susan Weeks.

You can find out more about which cookies we are using or switch them off in settings.

This website uses cookies so that we can provide you with the best user experience possible. Cookie information is stored in your browser and performs functions such as recognising you when you return to our website and helping our team to understand which sections of the website you find most interesting and useful.

You can adjust all of your cookie settings by navigating the tabs on the left hand side.

Strictly Necessary Cookie should be enabled at all times so that we can save your preferences for cookie settings.

If you disable this cookie, we will not be able to save your preferences. This means that every time you visit this website you will need to enable or disable cookies again.

This website uses Google Analytics to collect anonymous information such as the number of visitors to the site, and the most popular pages.

Please enable Strictly Necessary Cookies first so that we can save your preferences!